When a Consumers’ Sense of Local Identity is Triggered, They Will Pay More for Products that Reinforce that Identity 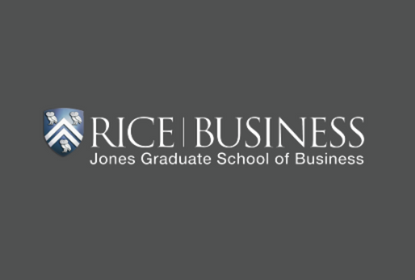 Based on research by Vikas Mittal, Huachao Gao and Yinlong Zhang

More powerful than fact, more persuasive than numbers, more compelling even than protecting one’s wallet: the instinct to identify with a group. This desire is one of the most potent drivers of human behavior, and in a recent study, Rice Business professor Vikas Mittal revealed just how powerful that drive can be. For everyday grocery shoppers, he found, the sense of local identity overpowers even the desire to save money.

“Buy American” has been a political mantra for generations, with advocates insisting that U.S. shoppers are willing to pay more for sweatshirts, strawberries and car parts if they’re made in the USA. Times, though, are tough for many Americans. Have their priorities changed?

Not at all, Mittal and his colleagues found. The reality around what we think of as a fair price is actually quite nuanced, and it’s heavily influenced by who we feel we are.

While two of the studies took place in China, with the other 12 taking place in the United States, the outcomes were the same. Consumers were willing to pay more for products that reinforced their sense of belonging to a local community.

To reach these findings, the team deployed a battery of surveys, experiments and randomized field data, each designed to tease out if consumers would pay more for foreign products from stores that labeled themselves “Buy Local” advocates.

In theoretical terms, the team was testing the consumer sacrifice mindset, a state in which shoppers are willing to make a sacrifice such as paying more. This mindset, the researchers found, can eclipse the ordinary wish to get the best price – if, that is, marketers can trigger the sense of local identity.

When local identity launches a sacrifice mindset, Mittal and his colleagues found, consumers worry less about the prices of all products, not just the local ones.

In one of the most significant studies, the research team asked 186 shoppers at a large grocery store in China to fill out a survey indicating how many eggs they would buy at the current price, and how many they’d be willing to buy if the price jumped by 5, 10 or 15 per cent.

In a second study, the researchers handed shoppers two brochures announcing an impending price hike on eggs, rice and milk. One set of consumers received a brochure that urged them to value local customs, and was sprinkled with local news items. The second group’s brochure encouraged them to see themselves as part of a global community, and was filled with snippets from international news.

The brochures made a big difference. Shoppers whose local identity had been stoked bought more eggs than shoppers prompted to think of themselves as part of a bigger world.

The conclusion? Consumers with a strong local identity are less sensitive to price than those who feel a more global outlook. The implications are broad. If a company can inspire local identity in consumers, they’ll be less sensitive to price increases on all products, not just the local ones. Walmart has already demonstrated this principle in action.

In a recent campaign, the company told consumers it would be spending more locally and hiring more local workers. Amazingly, this was enough to boost revenue 14.5 percent, even though prices went up an average of 12 percent, and no additional products were produced locally.

For companies worried about consumer price sensitivity, in other words, there’s little need to be concerned about local positioning or local production to get buy-in. In fact, it may not be necessary to manufacture locally at all. Sparking a stronger sense of local identity might be all that’s required.

Meanwhile, for “Buy Local” activists who work on causes such as helping local farms, Mittal’s research shows that it’s not enough just to sing the praises of local products. Instead, they too need to invest in sparking consumers’ local identities.

As for consumers, Mittal’s findings may or may not inspire soul-searching. Even the savviest shoppers are not fully conscious of why they are willing to pay certain prices. And it’s worth knowing that feelings of local fervor don’t always translate into support for local producers. When it comes to psychic survival, it turns out, the most powerful weapon isn’t economic. It’s the belief that we’re the people we want to be.