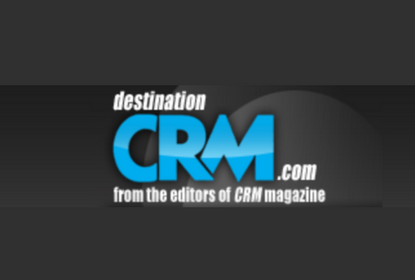 Marketing experts create a five-part model to measure customer commitment
By Leonard Klie
A group of marketing professors in the business schools at Rice University in Houston and Fordham University in New York have come up with a customer loyalty model that has five dimensions—affective, normative, economic, forced, and habitual—arguing that current systems that only look at affective, normative, and calculative commitment are “insufficient.”

The three-dimensional model for measuring customer loyalty, they said, was taken from employee-commitment studies and then applied to customer loyalty research. This is a problem because people view their commitments to their jobs differently than their commitments to brands, according to Vikas Mittal, a marketing professor at Rice’s Jones Graduate School of Business and one of the researchers involved in the study. The findings were published in the Journal of Service Research.

“When it comes to brand commitment, factors such as habit and convenience, benefits offered, and good treatment are a lot more important,” he says.

The researchers assessed customer loyalty using repurchase intentions, which Mittal says “can provide companies with a measure of organic growth.”

The five elements all play a role in customers’ decisions to repurchase goods or services from companies. Affective commitment is characterized by a customer’s positive emotions toward a company; normative commitment is formed when a customer believes a company shares his beliefs and values; economic commitment is based on a consumer’s sense of investment in a brand, such as when he earns reward points or other loyalty program benefits; forced commitment results from a perceived absence of alternatives; and habitual commitment arises when consumption behavior is performed repetitively and automatically.

The researchers found that customer satisfaction with the companies’ products or services is the single largest contributor to customer loyalty.

“In the same vein, economic commitment can be fostered by reminding customers of the economic and financial benefits that would be lost. These benefits can be built over time via loyalty and rewards programs,” Mittal states.

The research also indicates that how you optimize commitment components might vary depending on company size, type of industry, whether you sell products or services, and even customer group.

“Managers who understand the differences among the various commitment types are less likely to commit the mistake of treating them as interchangeable. Instead, they can improve customer loyalty by allocating resources to manage each type of commitment in a context-specific manner. Without understanding the full cost and benefit of each commitment type and its effect on repurchase in their industry, managers can over- or underinvest resources,” Mittal says.

In comparing these metrics across countries, the researchers found that in the United States, both affective and habitual commitment were more strongly associated with repurchasing goods than services. China tended to have the highest scores on all commitment dimensions, while France had the lowest affective, normative, and economic commitment scores. Habitual commitment appeared to be similar in virtually all countries.

“The cost of cultivating different types of commitment among customers varies from country to country,” Mittal said in a statement. “Thus, a more locally responsive customer-focus strategy is needed to optimize overall customer commitment.”

Still, because customer commitment is multidimensional, companies should “develop a model for measuring brand commitment that is relevant and contextually appropriate,” Mittal concludes. “Each company should carefully understand the different commitment dimensions and then develop the appropriate strategy for optimizing—not just maximizing—commitment. If we can make one prescription it is this: Optimize, not maximize, customer commitment.”