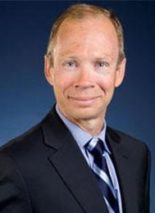 Prior to joining the Whitman School, Anderson served as dean of the University of Miami School of Business Administration from 2011 to 2016. Previously, he was D. Maynard Phelps Professor of Business at the University of Michigan, serving in a series of leadership roles including senior associate dean for academic affairs, associate dean for degree programs and academic director for the Executive MBA.

Anderson is passionate about student and alumni success; high-impact research and education; diversity and inclusion; and the potential for business schools to advance the economic, social and overall health of communities worldwide. In his administrative roles, he has collaborated with faculty and staff to launch more than 20 new degree programs – a majority of which are interdisciplinary or online/hybrid; revised existing programs to be more global, experiential and relevant; and significantly enhanced enrollments, diversity, placement, research support, fundraising, revenue and rankings.

His research on customer satisfaction and business performance has been published in all four premier academic marketing journals and he has served on their respective editorial boards. In a recent study, three of his papers ranked among the Top 50 most impactful articles on research and practice. One is the second most cited article in Marketing Science. Overall, his work has received more than 4,000 SSCI citations and 30,000 Google Scholar citations. 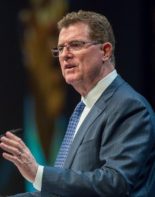 Terry B. Grier, Ed.D., retired as the Superintendent of Houston Independent School District in 2015, after a distinguished career. Dr. Grier’s goal as superintendent is to make HISD the best public school district in the nation. Before coming to Houston, Dr. Grier served as the superintendent of the San Diego Unified School District for eighteen months and superintendent of the Guilford County Schools in Greensboro, North Carolina for almost eight years. While in San Diego, Dr. Grier led a school system that saw student test scores improve dramatically in a year when the district budget was cut by $200 million, opened Southern California’s first virtual online high school, increased the number of Advanced Placement exams taken by minority high-school students by 12.5 percent, passed a $2.1-billion school construction/renovation bond package with 69 percent voter approval, and improved student performance on the California Standards Tests to an all-time district high, with scores rising more in one year than in the three previous years combined. Under his leadership, Guilford County cut dropout rates in half, more than doubled the college scholarships available to high-school seniors, tripled minority-student enrollment in Advanced Placement classes, and increased the high-school graduation rate to 80 percent.

Dr. Grier is especially well-regarded for his work in reducing high-school dropout rates with innovative programs for at-risk students. Among them are special schools that boast classes of no more than 15 students and evening schools for working students. These successful programs have been implemented by several other North Carolina school districts.To reduce the dropout rate in HISD, Dr. Grier launched the Online Credit-Recovery Initiative. This program created Grad Labs with special software for online credit recovery in the district’s large, traditional high schools, and graduation coaches were placed at each of HISD’s 27 comprehensive high schools to provide students with personalized opportunities to catch up on course credits needed to graduate. He also opened the High School Ahead Academy to serve 450 over-age middle-school students who are two or more years behind in school by speeding up their readiness for high school through immersion in core academic subjects, with a primary focus on math and English language arts.

Dr. Grier is also committed to placing an effective teacher in every HISD classroom and an exemplary principal in every school. He redesigned the district’s process for selecting teachers and principals to identify individuals who embrace the values, beliefs, and goals that define HISD. He also reorganized the district’s senior staff and organizational structure for maximum efficiency and effectiveness in supporting schools with services and resources. Selected on the basis of their knowledge and experience, three chief school officers and 22 school-improvement officers aligned with grade levels (elementary, middle, and high) help principals create high-quality instructional teams and programs focused on student academic growth, to establish and achieve bold and measurable goals, and to work with their school communities.

Dr. Grier earned his bachelor’s and master’s degrees from East Carolina University and his doctorate in education from Vanderbilt University. 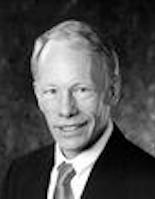 Professor Lehmann teaches several different marketing courses. His research focuses on individual and group choice and decision making, the adoption of innovation and new product development, and the management and valuation of marketing assets (brands, customers). He is also interested in knowledge accumulation, empirical generalizations and information use. Lehmann has published more than 100 articles and books, serves on the editorial boards of several academic journals and is the founding editor of Marketing Letters. He is a past president of the Association for Consumer Research, former executive director (1993–1995, 2001–2003) of the Marketing Science Institute, and former co-editor of the International Journal of Research in Marketing. 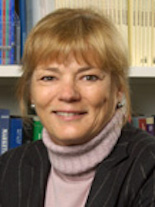 Leigh McAlister is the Ed and Molly Smith Chair in Business Administration, Department of Marketing at the McCombs School of Business, University of Texas at Austin. Professor McAlister received a B.A. from the University of Oklahoma (1972) and an M.S. (1975) and a Ph.D. (1978) from Stanford University. The American Marketing Association selected her thesis as the best doctoral dissertation, 1978. The Association of Consumer Researchers and the Journal of Consumer Research selected the article from her thesis as the best article based on a doctoral dissertation, 1978. 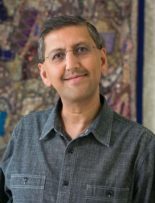 Mr. Mehta created the family foundation in 1998 with the objective of empowering people through philanthropic acivities focused on education, children, and healthcare. The foundation funded the creation of the School of Biosciences at the Indian Institute of Technology in Chennai, India and an Engineering research center at the University of Houston. In addition, it provides educational scholarships to students, funds medical research and child welfare projects in multiple countries.

​Prior to focusing on philanthropy, Rahul was involved in high technology. Previously he led the successful creation of four software companies which were later acquired by Computer Associates, HP, Symantec, and Brocade. Mehta has served on the board of DePelchin Children’s Center, Ronald McDonald House, Bo’s Place, Krist Samaritan center and Methodist Hospital in Houston, Texas. 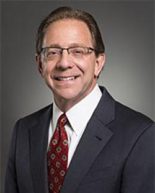 Dr. Palmatier is the John C. Narver chaired professor of Marketing at the Foster School of Business, University of Washington, Seattle, WA. He is one of the most widely published scholars in the area of marketing strategy, and has won numerous awards including the Buzzell Award from the Marketing Science Institute, Stern Award, and the Sheth Award to name a few. His detailed list of publications and contributions can be found at:  https://foster.uw.edu/faculty-research/directory/robert-palmatier/ 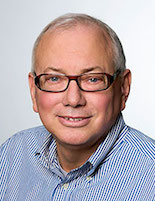 Russell S. Winer is the William Joyce Professor of Marketing at the Stern School of Business, New York University. He currently serves as the Deputy Chair of the Marketing Department. He received a B.A. in Economics from Union College and an M.S. and Ph.D. in Industrial Administration from Carnegie Mellon University. He has been on the faculties of Columbia and Vanderbilt universities and the University of California at Berkeley. He has written three books, Marketing Management, Analysis for Marketing Planning and Product Management, a research monograph, Pricing, and has co-edited The History of Marketing Science. He has authored over 80 papers in marketing on a variety of topics including consumer choice, marketing research methodology, marketing planning, advertising, and pricing.